Gravitational repulsion and the Dipole Repeller

Ask Ethan: If Gravity Attracts, How Can The ‘Dipole Repeller’ Push The Milky Way? 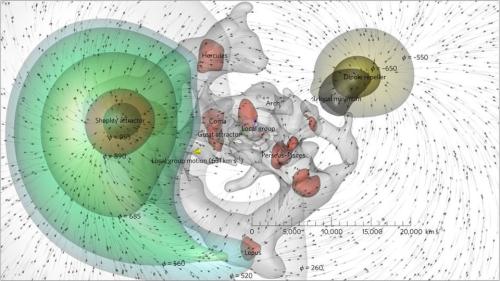 One of the most peculiar things about the Universe is how quickly the Milky Way appears to be moving. Despite having mapped out the cosmic masses nearby to unprecedented accuracy, there still doesn’t appear to be enough to cause the motion we actually experience. The idea of a “great attractor” doesn’t quite match up with what we see; what’s actually present isn’t quite “great” enough. But a new idea — that of a dipole repeller — might finally explain this longstanding conundrum. How would that work, and what it is, exactly? That’s what Darren Redfern wants to know:

What are the mechanics behind a dipole repeller? How can an area of space void of matter repulse galaxies to any meaningful extent (or at all?)?

If you were to look at all the galaxies accessible to us, you’d find, on average, that they were moving away from us at a specific rate: the Hubble rate. The farther away a galaxy is, the faster it appears to move away from us, and that’s a consequence of living in an expanding Universe governed by General Relativity. But that’s only on average. Each individual galaxy has an additional motion on top of that, known as peculiar velocity, and that’s due to the combined gravitational influence of every imperfection in the Universe on it. 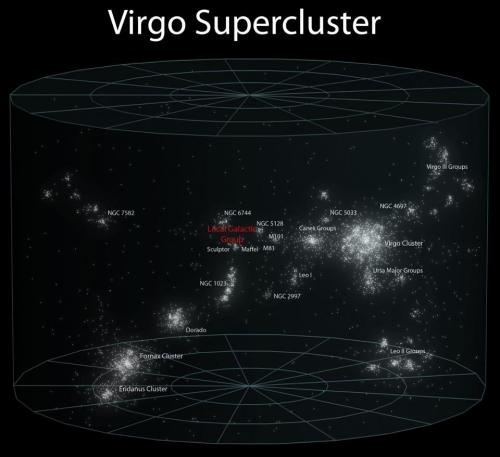 The various galaxies of the Virgo Supercluster, grouped and clustered together. On the largest scales, the Universe is uniform, but as you look to galaxy or cluster scales, overdense and underdense regions dominate. Image credit: Andrew Z. Colvin, via Wikimedia Commons.

The closest large galaxy to us, Andromeda, is actually moving towards us, thanks to the Milky Way’s gravitational pull. Galaxies in the closest giant cluster of galaxies — the Virgo cluster — get extra speeds of up to 2,000 km/s on top of the Hubble flow we see. And when we look at the Big Bang’s leftover glow, the Cosmic Microwave Background, we’re able to measure our own peculiar motion through the Universe.

This “cosmic dipole” we see is redshifted in one direction (meaning we’re moving away from it) and blueshifted in the other (meaning we’re moving towards it), and we can reconstruct the motion of the entire local group as a result. Us, Andromeda, Triangulum and everything else is moving at a speed of 631 km/s relative to the Hubble flow, and we know that gravitation must be the cause of this. When we look out at where the galaxies are located, we can map out their masses and how much of an attractive force they exert. 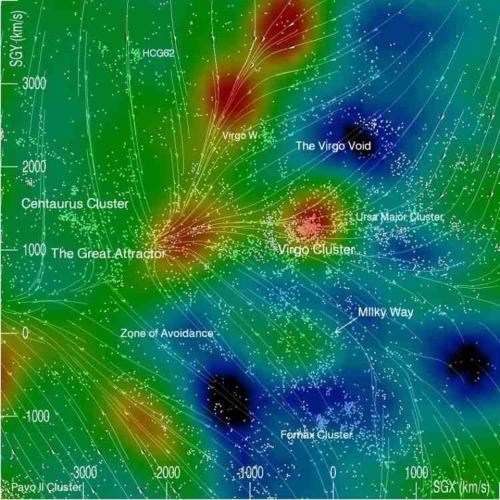 two-dimensional slice of the overdense (red) and underdense (blue/black) regions of the Universe nearby us. Image credit: Cosmic Flows Project/University of Hawaii, via http://www.cpt.univ-mrs.fr/.

Thanks to the recent Cosmic Flows project, we’ve not only mapped out the nearby Universe to better precision than ever before, we discovered that the Milky Way lies on the outskirts of a giant collection of galaxies pulling us towards it: Laniakea. This is a significant contributor to our peculiar motion, but it isn’t enough to explain all of it on its own. Gravitational attraction is only half the story. The other half? It comes from gravitational repulsion. Let me explain.

Imagine you have a Universe where you have an equal number of masses evenly spaced everywhere you look. In all directions, at all locations, the Universe is filled with matter of even density. If you put an extra mass a certain distance to your left, you’ll be attracted towards your left, because of gravitational attraction. 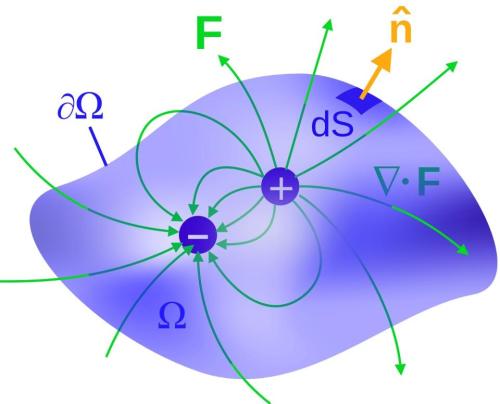 The gravitational attraction (blue) of overdense regions and the relative repulsion (red) of the underdense regions, as they act on the Milky Way. Image credit: “The Dipole Repeller” by Yehuda Hoffman, Daniel Pomarède, R. Brent Tully, and Hélène Courtois, Nature Astronomy 1, 0036 (2017).

It’s difficult to measure where an underdense region is, since regions of average density are fairly devoid of galaxies as well as the underdense ones. But a recently discovered cosmic void relatively nearby, and in the opposite direction to the large concentration of galaxies attracting us, seems to be responsible for roughly 50% of our peculiar motion, which is exactly the amount that was unaccounted for by the overdense regions alone.

At long last, this could be the solution to why our Sun, galaxy and local group all exhibit the motion that they do. Gravity is never repulsive, but a less attractive force in one direction than all the others behaves indistinguishably from a repulsion. We might distinguish between a pull in one direction and a push in the opposite direction, but in astrophysics, it’s all the same thing: forces and acceleration. It doesn’t have anything to do with dark energy or a mysterious fifth force; it’s simply having an excess of matter in one direction and a dearth of matter in nearly the exact opposite direction. The result? We move through the Universe in our own particular, peculiar fashion.