A comet is an icy, small, Solar System body that, when passing close to the Sun, heats up and begins to outgas.

When they are in the inner solar system, comets have a visible atmosphere, and sometimes a tail.

When they have moved back into the outer solar system, they cool, and lose their tail and atmosphere.

Their nuclei range from a few hundred metres to tens of kilometres across.

The coma and tail can be millions of times larger than the nucleus.

Mostly made of water ice, with some small rocky particles.

Comets also include many chemical compounds. We have discovered which compounds are in them by a process called spectroscopy (spectrographic analysis) 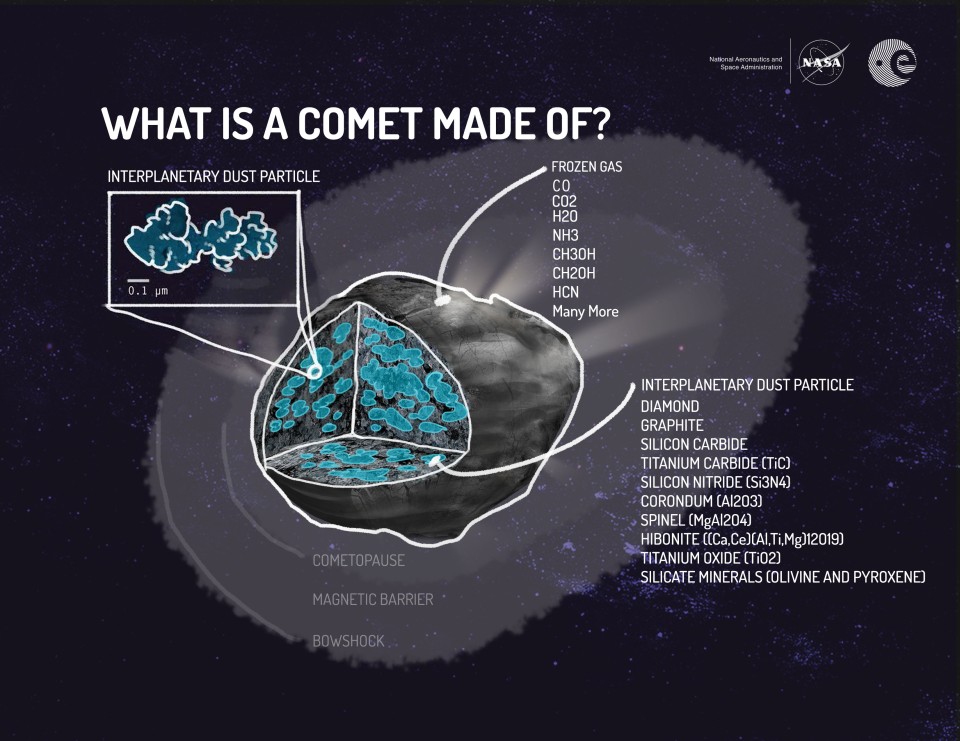 If sufficiently bright, a comet’s tail may be seen from the Earth without the aid of a telescope.

Comets have been observed and recorded since ancient times by many cultures.

Comets have a wide range of orbital periods, ranging from several years to several millions of years.

Short-period comets originate in the Kuiper belt or its associated scattered disc, which lie beyond the orbit of Neptune.

Longer-period comets are thought to originate in the Oort cloud, a spherical cloud of icy bodies extending from outside the Kuiper Belt to halfway to the next nearest star.

Long-period comets are directed towards the Sun from the Oort cloud by gravitational perturbations caused by passing stars and the galactic tide.

As of 2015 there are over 5,200 known comets, a number which is steadily increasing. However, this represents only a tiny fraction of the total potential comet population, as the reservoir of comet-like bodies in the outer Solar System (in the Oort cloud) is estimated to be one trillion.

Comets have been visited by unmanned probes such as the European Space Agency’s Rosetta, which became the first ever to land a robotic spacecraft on a comet,[8] and NASA’s Deep Impact, which blasted a crater on Comet Tempel 1 to study its interior. 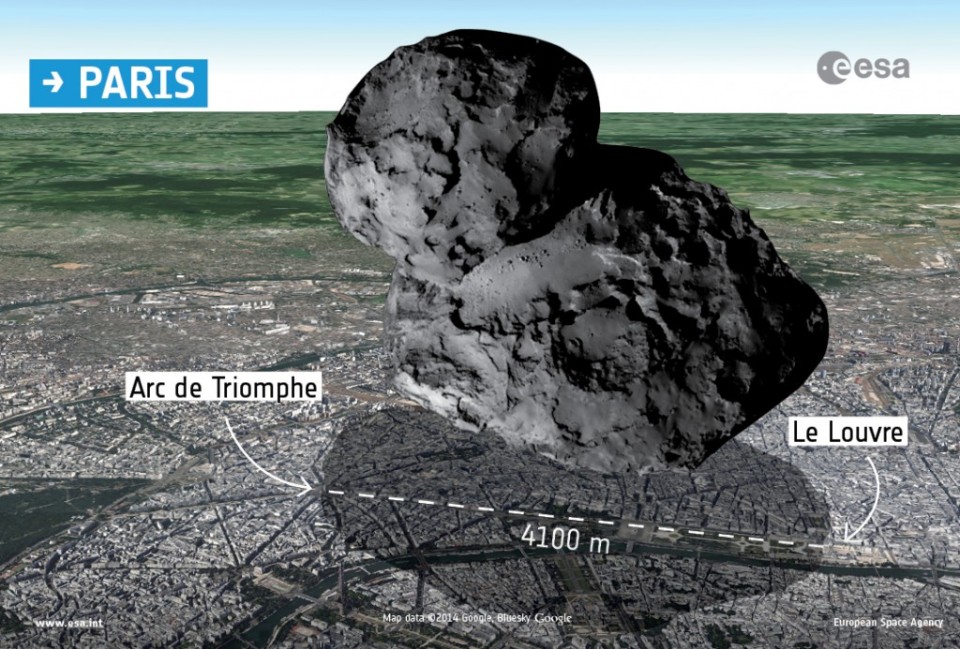 MS-ESS1 Earth’s Place in the Universe

ESS1.B: Earth and the Solar System – The solar system consists of the sun and a collection of objects [this would include comets] including planets, their moons, and asteroids that are held in orbit around the sun by its gravitational pull on them. (MS-ESS1-2),(MS-ESS1-3)