Alcohols: Any organic compound in which the hydroxyl functional group (-O H) is bound to a saturated carbon atom. 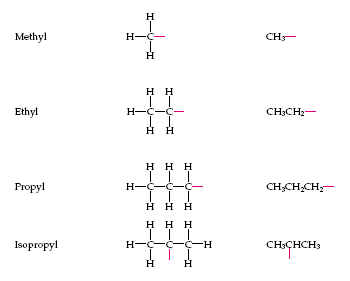 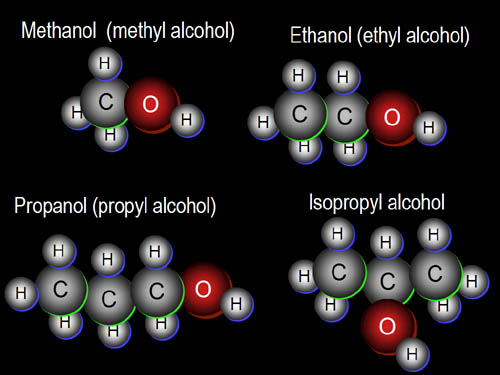 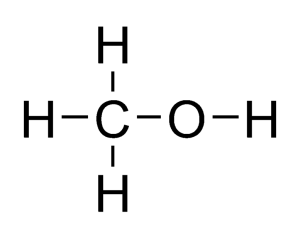 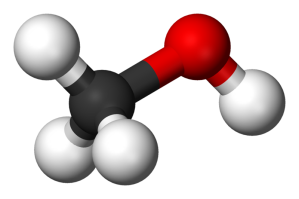 Used widely as a solvent and as a cleaning fluid, especially for dissolving oils.

Here are 3 ways of representing the molecules

Top row = space-filled models. They show the space that each atom takes up.

Bottom row = skeletal structure. Chains of C atoms are simply drawn as lines (every bend in a line is a C. C atoms also at end of line, if no other element indicated. Less accurate shape, but easy to draw.

Here we see how one makes propyl ethanoate 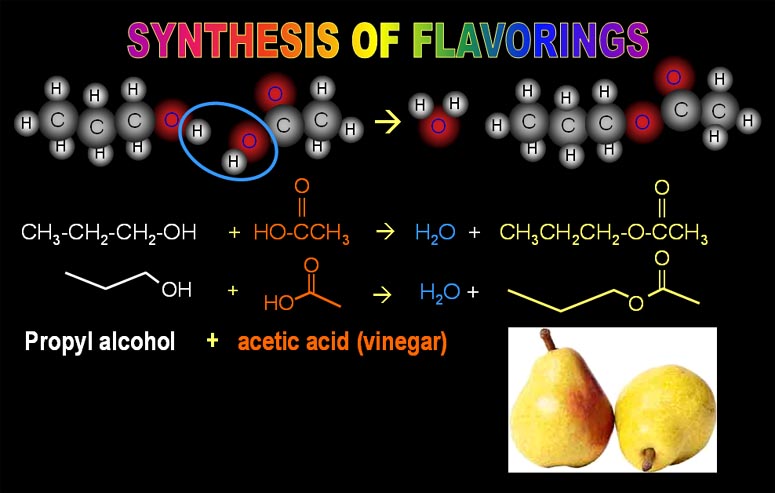 8. MS-PS1-1. Develop a model to describe that (a) atoms combine in a multitude of ways to produce pure substances which make up all of the living and nonliving things that we encounter, (b) atoms form molecules and compounds that range in size from two to thousands of atoms, and (c) mixtures are composed of different proportions of pure substances.

HS-LS1-6. Construct an explanation based on evidence that organic molecules are primarily composed of six elements, where carbon, hydrogen, and oxygen atoms may combine with nitrogen, sulfur, and phosphorus to form monomers that can further combine to form large carbon-based macromolecules.
Clarification Statements:
• Monomers include amino acids, mono- and disaccharides, nucleotides, and fatty acids.
• Organic macromolecules include proteins, carbohydrates (polysaccharides), nucleic acids, and lipids.