What vocabulary & concepts were learned in earlier grades?
Make connections to prior lessons from this year.
This is where we start building from.

Charles Darwin was born in 1809 in England. He studied divinity at Cambridge University. In 1831, he joined a five year scientific expedition, on the survey ship HMS Beagle. At this time, most Europeans believed that the world was created in seven days, as described in the bible. It was on this voyage that he began developing his theory of evolution by natural selection.

Darwin did not develop his ideas in an intellectual vacuum. His work grew from ideas that others had developed before him. Darwin’s great genius lay in collecting new evidence, asking questions, and developing a way to tie this evidence together into a simple, testable, theory.

Darwin was familiar with the philosophy of classical Greece, including Anaximader, who loosely proposed an idea akin to evolution, some 2000 years before Darwin.

On the voyage, Darwin read Charles Lyell’s ‘Principles of Geology’ which suggested that the fossils found in rocks were evidence of animals that had lived many thousands or millions of years ago.

On his return to England in 1836, Darwin tried to solve the riddles of these observations and the puzzle of how species evolve.

Influenced by the ideas of Malthus (1798, On the Principle of Population), Darwin proposed a theory of evolution occurring through natural selection.

Darwin worked on his theory for 20 years. After learning that another naturalist, Alfred Russel Wallace, had developed similar ideas, the two made a joint announcement of their discovery in 1858.

In 1859 Darwin published ‘On the Origin of Species by Means of Natural Selection’.

Darwin died on 19 April 1882 and was buried in Westminster Abbey.

Darwin’s Voyage on the H.M.S. Beagle
Aboutdarwin.com Step-by-step through his voyage

“Of the five years he spends circling the world on the H.M.S. Beagle, Darwin spends a mere five weeks in the Galapagos islands and, contrary to conventional belief, his greatest epiphanies do not occur on the famed islands. Instead, they are a cultivation of years exploring the wilds of South America where forests become the cathedral of Darwin’s religion. Darwin’s senses are overwhelmed by a world teeming with life, but what he finds along the way is perplexing to a 19th century naturalist.”

“He questions why the fossils he discovers look like giant versions of the sloths and armadillos still living nearby; why do the penguins and other birds he sees use their wings as flippers, fins, or sails – but not for flying; how could sea shells be found embedded in rock layers more than 100 miles from the sea? It is not until after he leaves the Galapagos – where mockingbirds, not finches capture his attention – that he is able to fully appreciate everything he has encountered and pull together his masterwork: On The Origin of Species.”

Giants sloths (past) vs small sloths (present) : How could they have changed? 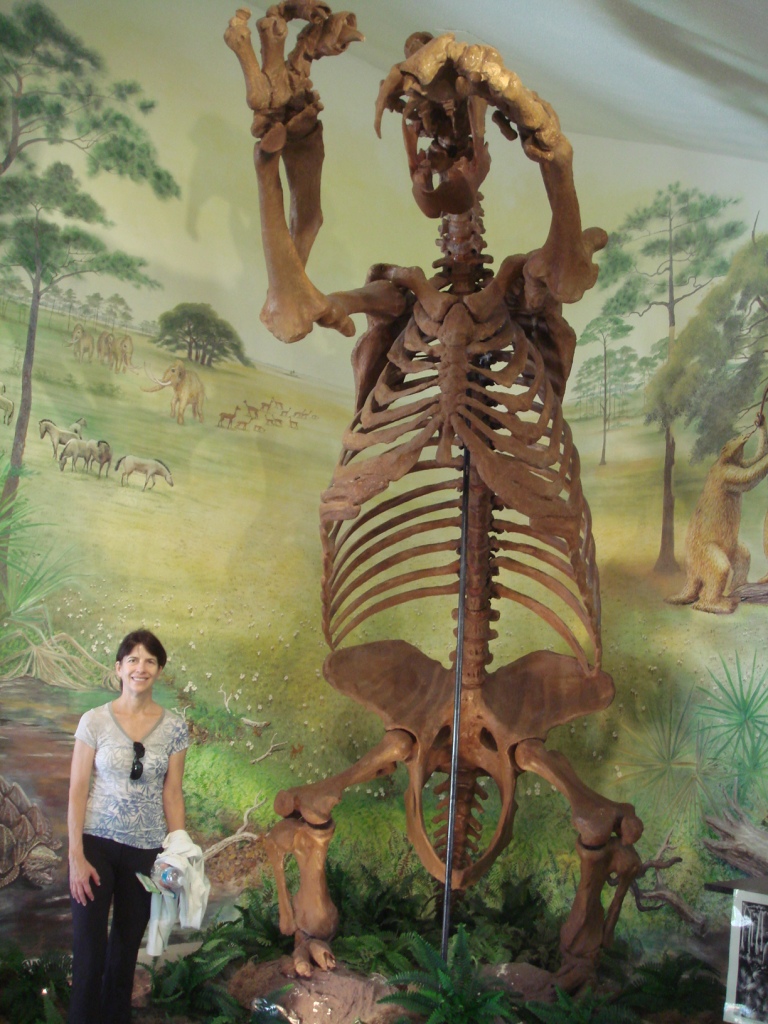 On the origins of Pangolins and Armadillos 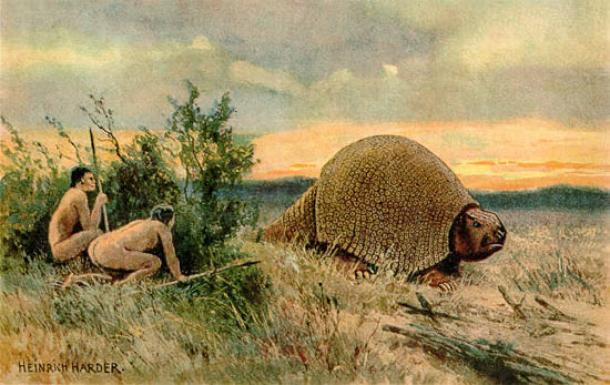 The story of Charles Darwin for students

Darwin did not develop his ideas in an intellectual vacuum.