Students learn how to use chemical indicators in a variety of biology and chemistry labs.

2006 Massachusetts Science and Technology/Engineering Curriculum Framework
8. Acids and Bases and Oxidation-Reduction Reactions
Central Concepts: Acids and bases are important in numerous chemical processes that occur around us, from industrial procedures to biological ones, from the laboratory to the environment. Oxidation-reduction reactions occur when one substance transfers electrons to another substance, and constitute a major class of chemical reactions.

2016 Massachusetts Science and Technology/Engineering Standards
HS-PS1-9 (MA). Relate the strength of an aqueous acidic or basic solution to the extent of an acid or base reacting with water as measured by the hydronium ion concentration (pH) of the solution. Make arguments about the relative strengths of two acids or bases with similar structure and composition.

Overview of Science and Engineering Practices

Plan and conduct an investigation, including deciding on the types, amount, and accuracy of data needed to produce reliable measurements, and consider limitations on the precision of the data.

Any course aligned to the STE standards, including technology/engineering courses, can be designated as a laboratory course. STE curricula should give students regular opportunities to develop distinct science and engineering practices and occasional opportunities to apply those together as a collective set of practices. A defined number of minutes, or an extra course period, can be used for—but is not the critical feature of—a lab definition. “Laboratory science” does not have to be in a laboratory; effective STE learning also occurs through field work, in a sufficiently supplied traditional classroom, through project-based experiences, in well-designed virtual courses, and in other learning environments (e.g., out of school time, see Appendix X). America’s Lab Report (NRC, 2006), which reviewed research and best practices across the country, supports these perspectives.

A beautiful summary of chemical indicators

Because of this, litmus paper is widely used to distinguish between acids and bases.

So widespread is the use of litmus – that the concept of a “litmus test” has spread to include any simple but definitive test. Politicians are always calling political issues a “litmus test”.

However, chemically the litmus test is a test for the acidity of a substance and is defined by the following rules:

* red litmus turns blue in base 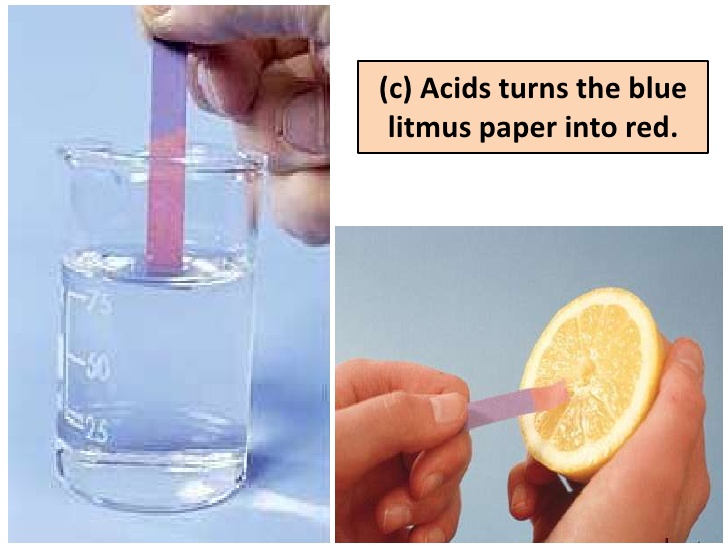 Here are in the indicators, before they are used.

Here are what the indicators look like when they are used

A solution of elemental iodine and potassium iodide in water, named after the French physician Jean Guillaume Auguste Lugol. Used for starch detection.

A chemical reagent named after American chemist Stanley Benedict. Used to detect most sugars, including all monosaccharides and many disaccharides. 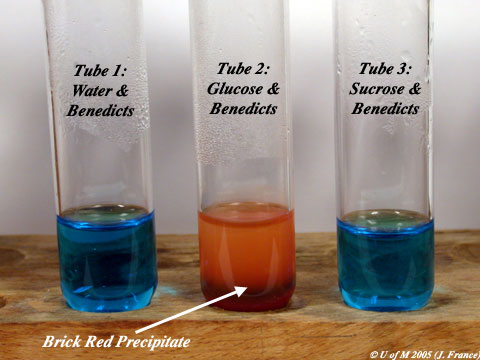 It can be used for detecting glucose and fructose, but not sucrose. 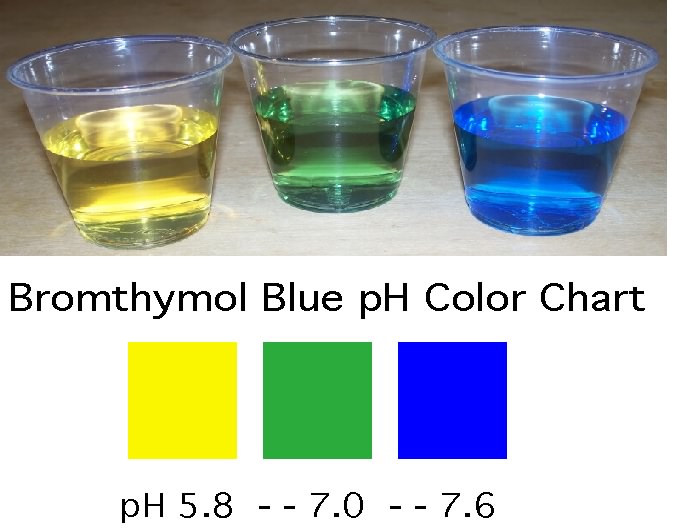 * Under strongly acidic conditions, the lactone form is colorless.

* Under moderately basic conditions, we have a singly deprotonated phenolate form. The anion form of phenol. This gives the familiar pink color.

In strongly basic solutions, phenolphthalein’s pink color undergoes a slow fading reaction and becomes completely colorless above 13.0 pH.  It produces a colorless InOH3− ion. This is sometimes used in classes for the study of reaction kinetics.

Color changes in molecules can be caused by changes in electron confinement. More confinement makes the light absorbed more blue, and less makes it more red.

How are electrons confined in phenolphthalein? There are three benzene rings in the molecule. Every atom involved in a double bond has a p orbital which can overlap side-to-side with similar atoms next to it. The overlap creates a ‘pi bond’ which allows the electrons in the p orbital to be found on either bonded atom.

These electrons can spread like a cloud over any region of the molecule that is flat and has alternating double and single bonds. Each of the benzene rings is such a system.

The carbon atom at the center (adjacent to the yellow circled red oxygen atom) doesn’t have a p-orbital available for pi-bonding, and it confines the pi electrons to the rings. The molecule absorbs in the ultraviolet, and this form of phenolphthalein is colorless.

In basic solution, the molecule loses one hydrogen ion. Almost instantly, the five-sided ring in the center opens and the electronic structure around the center carbon changes (yellow circled atoms) to a double bond which now does contain pi electrons. The pi electrons are no longer confined separately to the three benzene rings, but because of the change in geometry around the yellow circled atoms, the whole molecule is now flat and electrons are free to move within the entire molecule. The result of all of these changes is the change in color to pink.