The Grand Canyon is an absolutely massive, steep canyon carved by the Colorado River, easily visible to the naked eye even from earth orbit. It is located in Arizona

Grand Canyon is in the northwest corner of Arizona, close to the borders of Utah and Nevada. The Colorado River, which flows through the canyon, drains water from seven states, but the feature we know as Grand Canyon is entirely in Arizona. 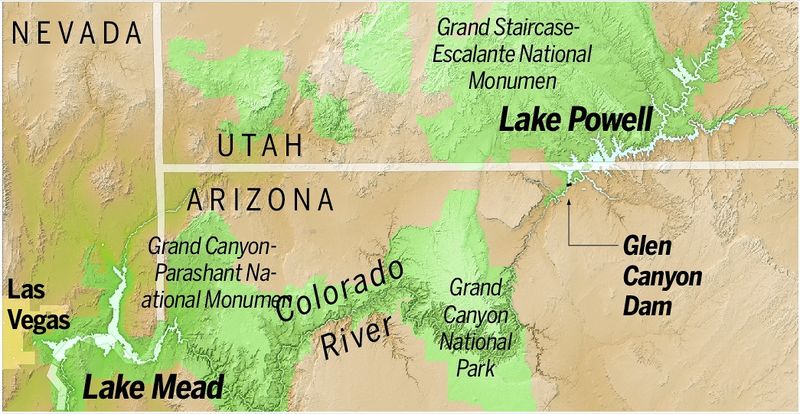 This intro is from Wikipedia:

Two billion years of Earth’s geological history have been exposed as the Colorado River and its tributaries cut their channels through layer after layer of rock while the Colorado Plateau was uplifted.

While the specific geologic processes and timing that formed the Grand Canyon are the subject of debate by geologists, recent evidence suggests that the Colorado River established its course through the canyon at least 17 million years ago.

Since that time, the Colorado River continued to erode and form the canyon to its present-day configuration.

Formation of the river: the river that flowed uphill?

This next website comes with a caveat: the specific questions listed here are great examples of how scientists think. There indeed are some things that we don’t know about the formation of the Grand Canyon. Hard questions need to be asked, in order to generate testable hypotheses (that is how science works.) So the questions here are great, but the author isn’t using the scientific method to advance our knowledge of the subject.

Problems with ‘The River Carved the Canyon”

Discovery of the region

For thousands of years, the area has been continuously inhabited by Native Americans who built settlements within the canyon and its many caves. The Pueblo people considered the Grand Canyon (“Ongtupqa” in the Hopi language) a holy site, and made pilgrimages to it.

First European known to have viewed the Grand Canyon was García López de Cárdenas from Spain, who arrived in 1540.

(1510 – 1554) was a Spanish conquistador and explorer who led a large expedition from Mexico to present-day Kansas through parts of the southwestern United States between 1540 and 1542. Vázquez de Coronado had hoped to reach the mythical Cities of Cíbola (“Cities of Gold.”)

first European sightings of the Grand Canyon and the Colorado River, among other landmarks. His name is often Anglicized as “Vasquez de Coronado” or just “Coronado”.

Powell leads a scientific expedition down the Colorado River and through the Grand Canyon – provides evidence of Earth’s very long existence. 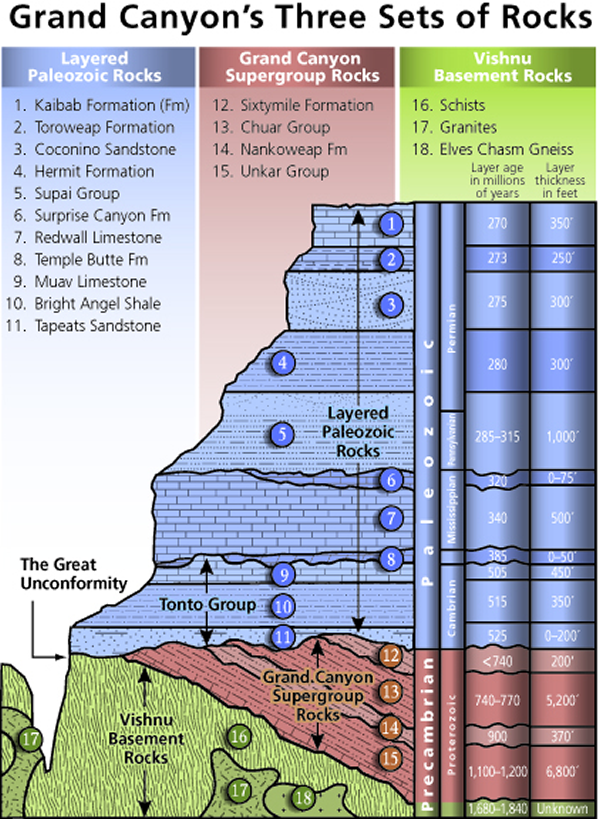 Diagram showing the placement, age and thickness of the rock units exposed in the Grand Canyon.
http://en.wikipedia.org/wiki/Grand_Canyon