The New Madrid Seismic Zone is a major seismic zone and a prolific source of intraplate earthquakes (earthquakes within a tectonic plate) in the southern and midwestern United States, stretching to the southwest from New Madrid, Missouri.

The New Madrid fault system was responsible for the 1811–12 New Madrid earthquakes and may have the potential to produce large earthquakes in the future. Since 1812, frequent smaller earthquakes have been recorded in the area. 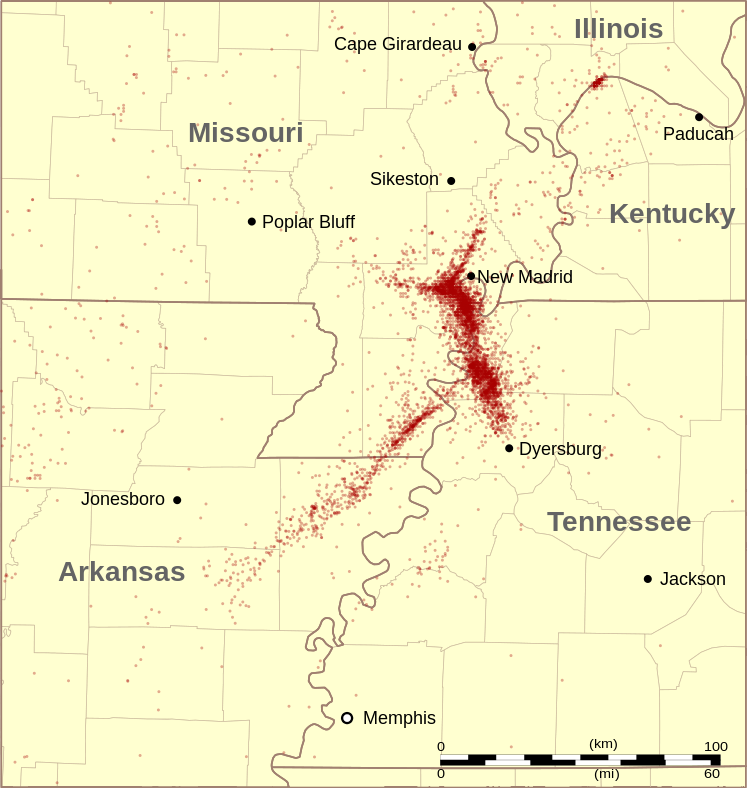 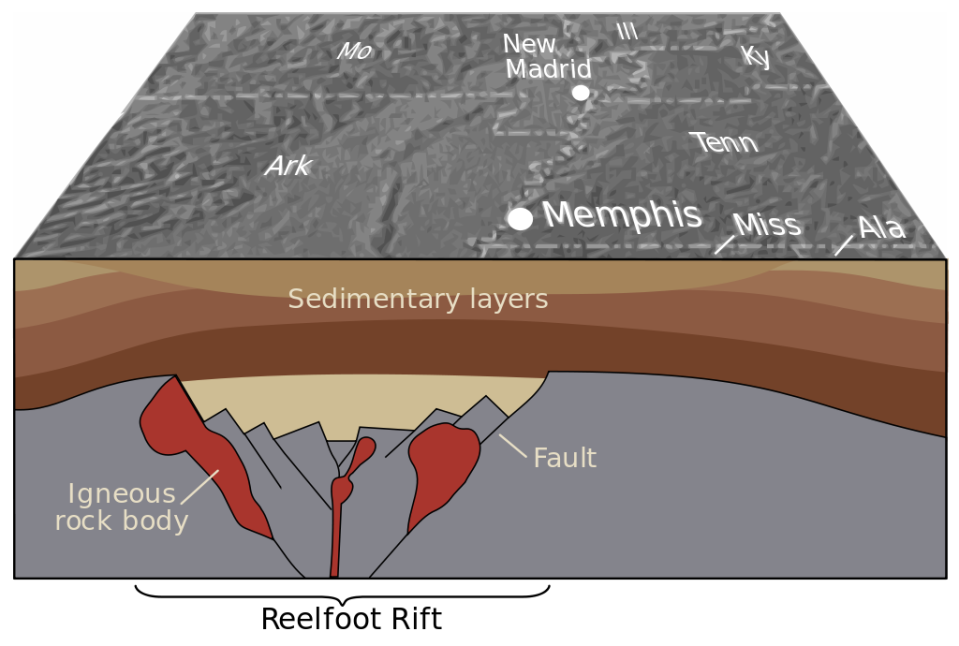 This is a picture of Meers Fault in southwestern Oklahoma—the only place in the state where tell-tale signs of earthquakes are visible above ground. But, beneath the surface, the Sooner State is riddled with faults—far more than anyone could count, says Andrew Holland, seismologist for the Oklahoma Geological Survey.

Maggie Koerth-Baker: I think most of us are used to the idea of faults being found at the edges of tectonic plates, but Oklahoma is right in the middle of the North American Plate. Why would you find faults there?

Andrew Holland: Oklahoma has been pulled apart and stretched over previous cycles of plate tectonics. There are spots where the North American Plate has been pulled apart and where old plates fused together. The fault lines still exist in the subsurface. They’re buried. But they’re under a lot of pressure. You get transferring pressures from the plate boundaries at the Mid-Atlantic Ridge and the Pacific and San Juan plates on the other side. There’s these pressures from the edges that get transmitted through the solid rock.