Entire chapter as a PDF file:

PPT for Moisture, Clouds and Precipitation

Water can change state from solid to liquid to gas. 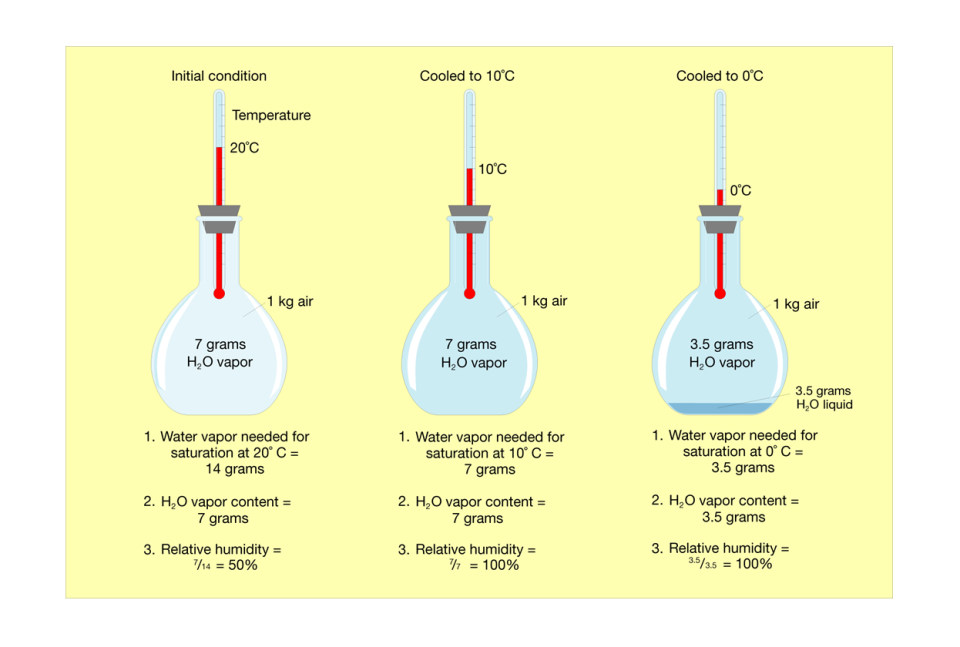 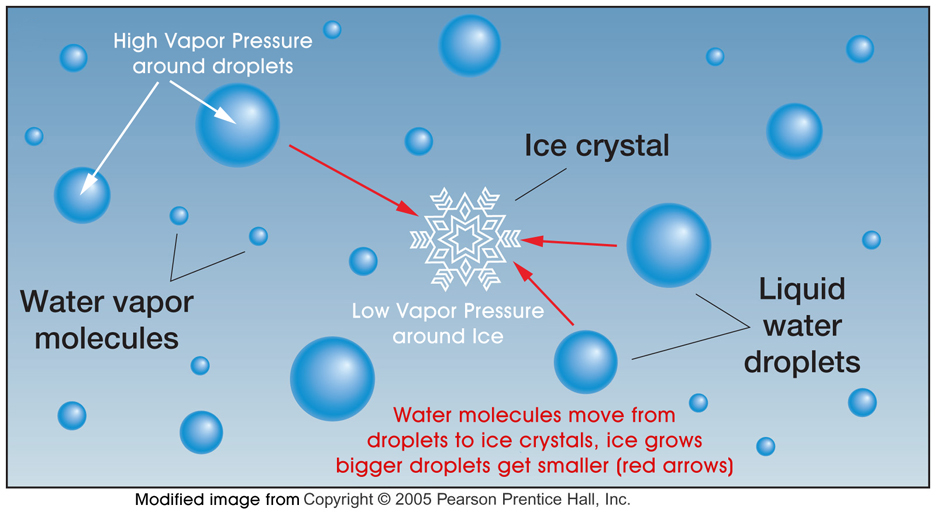 Fog is a visible mist consisting of tiny water droplets or ice crystals suspended in the air at or near the Earth’s surface.

It is a type of aerosol or colloid – suspension of fine particles or liquid droplets in air or another gas.

Fog can be considered a type of low-lying cloud, usually resembling stratus.

It is heavily influenced by nearby bodies of water, topography, and wind conditions.

Fog can be local but most people don’t realize how extensive a fog bank can be. Here we see a solid blanket of fog covering all of southern New England.

What state of matter is fog?

Fog is not a pure substance, so don’t search for its phase. It’s a mixture of water, water vapor and air.  Therefore no single PV or PT or any kind of diagram can represent its state.

But as water vapor act approximately like gas, as long as we deal with “shot”s of the system, and because this mixture is approximately uniform in composition everywhere, then we can say it is like water and water vapor system.

That’s because it really act like that in practice, pressure will be constant for some isothermal compression as this PVT surface for water suggests.

The approximated system therefor lies in “vapor and liquid” part of this PVT surface.

If you intersect a horizontal plane with this surface, In between the critical point and the triple line. The resulting curve will be where approximated fog can exist. It is way higher than the pressure of the triple line.

Why does fog float?

Why do clouds float when they have tons of water in them?