The Massachusetts Board of Elementary and Secondary Education has adopted revised science standards for Physics. They are based on the Next Generation Science Standards, which is based on A Framework for K-12 Science Education: Practices, Crosscutting Concepts, and Core Ideas (2012), from the National Research Council of the National Academies.

High school students are expected to have already learned certain math skills by the end of grade 8; they will use these math skills in this course. Additional math skills are introduced throughout the year.

Forces and Newton’s laws of motion

This section is about the necessity of using stories and historical context to best teach astronomy and physics. It is one of the major aspects of my teaching philosophy. It has always seemed natural and sensible to me, although this way of thinking isn’t necessarily obvious.

I learned how this could be helpful through the examples of the fabulous math and science teachers that I had in my life, including my teachers in high school, college, and most of all, my father.

This next section comes from from “Reclaiming Education”, Lisa VanDamme, March /April 1999, The Intellectual Activist.

It seems that science is not taught in the public middle schools today….At the high school level, most students are exposed to some science, and most are required to take a physics class. But these physics classes generally suffer from a serious [methodological] problem.

Let me give you an example of this problem, and then I will explain it. The following scenario will probably be familiar to many of you. It is halfway through the semester, and your physics teacher is going to discuss Newton’s Laws. You come into class, sit down, and the teacher begins to write on the board:

“These are Newton’s three laws of motion. #1: Every body continues in its state of rest or of uniform motion in a straight line unless it is compelled to change that state by forces impressed on it. #2:…,” and so on.

No explanation is given as to what observations, integrations, or discoveries Newton made in order to arrive at these laws of motion. No account is given of the long history behind Newton’s laws of motion–of the earlier theories that were refuted or were accepted and refined.

Here, scientific knowledge is presented as a series of commandments rather than as conclusions that have been reached by a laborious process of observation, experiment, and induction. If taught physics this way, a student’s grasp of the principles is necessarily detached from reality.

This approach to teaching physics also fails to provide students with a real understanding of the scientific method. If they are not exposed to the way in which a great scientist makes observations and then integrates them to arrive at an innovative conclusion, then they will not understand how science is done.

Like the writing process, it will seem like an innate gift of born scientists, and they will never understand that they too can learn the process by which new discoveries are made.

Not a word is said about the process of observation that should lead you to a hypothesis, so the implication is that the hypothesis must be chosen on a whim or divinely inspired. Again, what they leave out is observation, integration, and induction.

We need to use a way of teaching physics that gives students a real, grounded, and complete understanding of the principles of physics. The best way is to teach it chronologically.

By chronologically, I do not mean that we try to chronicle every development in the history of physics. That would be practically impossible and pedagogically disastrous. Rather, we teach the essential discoveries of physics in their historical order of development.

So, if you study physics historically, you begin with these simple discoveries, close to the perceptual level. After these discoveries are grasped, you can proceed to the next stage in history, integrating the most basic discoveries with the observations made by the next scientist, and grasping a conclusion at a step more removed from the perceptual level. As you proceed through history, you are able to grasp principles on increasingly wider levels of abstraction.

In our historical approach to physics, students gain their knowledge inductively, starting with knowledge close to the perceptual level and building to greater and greater levels of abstraction.

There is an added advantage to teaching physics historically. It is fascinating to learn physics as a story–to learn how and why one development led to the next, and to learn it in the context of the lives of actual scientists.

We give some biographical detail when possible. Children love to be inspired by heroes–so knowing that Newton did most of his work in two years on a sheep farm, and hearing that Galileo did much of his work while under house arrest gives them more interest in each man’s scientific discoveries.

More of my teaching philosophy – RK

One of the primary jobs of a physics teacher is not to teach physics, but to unteach erroneous beliefs, for instance:

(A) Students think that for every action there is an equal and opposite *action* – but Newton’s law is about force, not action – and not all forces produce motion.

A great way is do this chronologically: I lead students through discoveries in historical order. This helps them develop induction – reasoning from concrete idea up towards higher-level abstractions. And it also ties to the stories of the people involved, their life and times – and we know from research that students can remember better when ideas have coherent storylines.

Why not start with modern physics?

Most physics that one learns in high school is classical physics. In a world where we are inundated with news about quantum mechanics and relativity, some people ask why we start with “old” physics. Why can’t we just jump to the “new” physics?.

The History of Physics – Galileo and Einstein: Lectures

Out of the box fun discussions 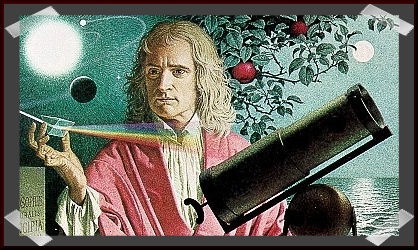 §107. Limitations on Exclusive Rights: Fair Use

Notwithstanding the provisions of section 106, the fair use of a copyrighted work, including such use by reproduction in copies or phone records or by any other means specified by that section, for purposes such as criticism, comment, news reporting, teaching (including multiple copies for classroom use), scholarship, or research, is not an infringement of copyright. In determining whether the use made of a work in any particular case is a fair use, the factors to be considered shall include: