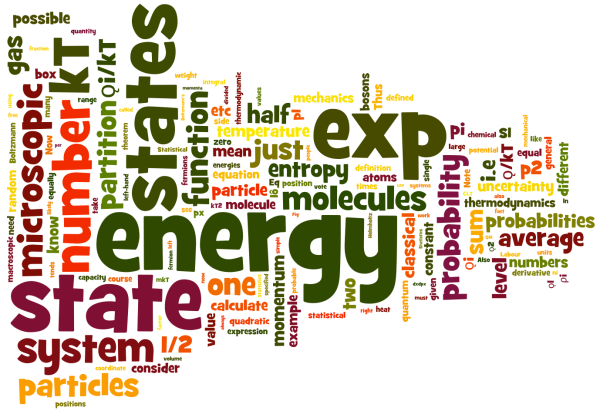 Conservation of energy – Explain That Stuff!

How was energy defined and discovered in the first place?

The Discovery of Energy Conservation: Mayer and Joule

How was the law of conservation discovered?

Gottfried Wilhelm Leibniz, (Germany, 1676–1689)  noticed a pattern in many mechanical systems. There were several masses (“m”) each with it’s own velocity, “v”. He observed that the sum of mass x velocity 2 was conserved – so long as the masses did not interact.

Leibniz called this quantity the vis viva or living force of the system. This is an accurate statement of the approximate conservation of kinetic energy – in situations where there is no friction.

In 1798 we reached the time of Count Rumford (Benjamin Thompson) 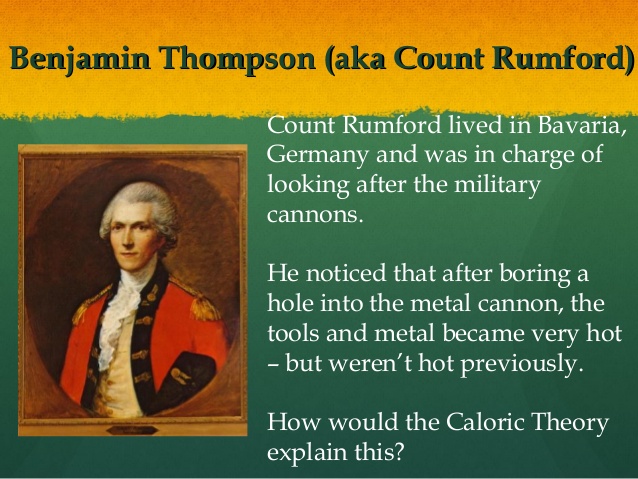 Count Rumford’s experiments demonstrated that heat was a form of energy. 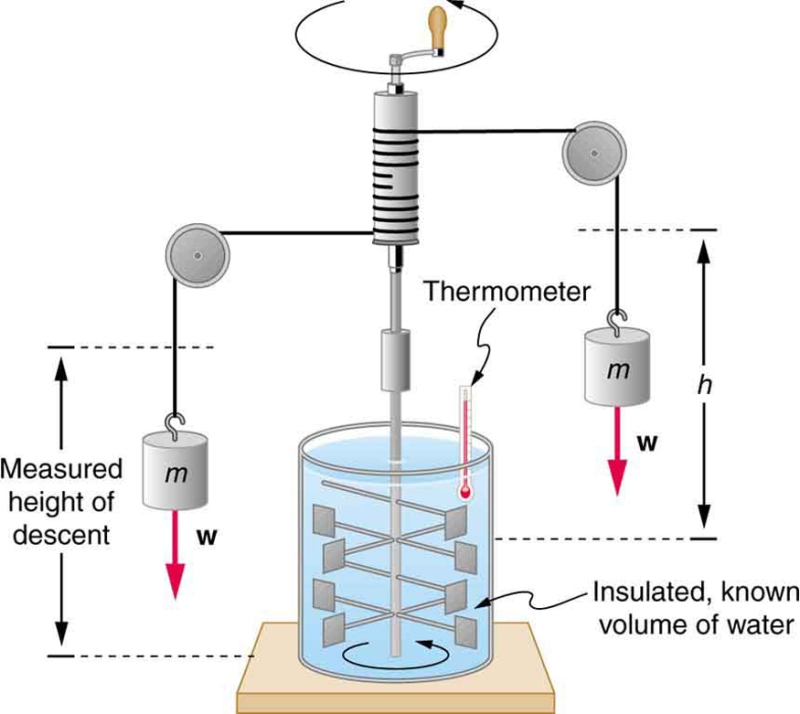 Today we know that heat can be converted into energy, and vice-versa, but this wasn’t clear until relatively well into the modern era.

James Prescott Joule studied the connection between heat and energy; with devices like the one above he demonstrated directly that heat and energy can be inter-converted.

In the experiment Joule simply attached a weight by pulley and string to some paddles in an insulated container of water. The weight turns the paddles as it falls. The turning paddles do work on the water (they push it all around, “churning it up”) equal to the force of gravity on the weight times the distance (L) the weight is pulled down by the gravitational force.

By the time the weight stops, all of it’s potential energy at the start of the “fall” has been transferred by the work process into the water (minus a little friction in the pulley and ropes).

What happened to the energy? … it couldn’t just disappear.

As a girl, Emilie de Breteuil lived with her family overlooking the Tuileries gardens in Paris, in an apartment with 30 rooms and 17 servants. But although her brothers and sisters turned out as might be expected, Emilie was different, as her father wrote: “My youngest flaunts her mind, and frightens away the suitors.”

Despite her father’s fears, Emilie had many suitors. At the age of 19, she chose one of the least objectionable courtiers as a husband. He was a wealthy soldier named du Châtelet who would conveniently be on distant campaigns much of the time. It was a pro forma arrangement, and in the custom of the time, her husband accepted her having affairs while he was away.

When she was a 27-year-old mother of three, Émilie du Châtelet began perhaps the most passionate affair of her life—a true partnership of heart and mind. Her lover, the writer Voltaire, recounted later, “In the year 1733 I met a young lady who happened to think nearly as I did.” She and Voltaire shared deep interests: in political reform, in the fun of fast conversations, and, above all, in advancing science as much as they could.

Together, Émilie du Châtelet and Voltaire turned her husband’s chateau at Cirey, in northeastern France, into a base for scientific research with a library comparable to that of the Academy of Sciences in Paris, as well as the latest laboratory equipment from London.

When they engaged in their teasing, mock battling, it wasn’t the case of a widely read man deciding when to let his young lover win.  du Châtelet was the real investigator of the physical world, and the one who decided that there was one key question that had to be turned to now: what is energy?

Most people felt energy was already sufficiently understood. Voltaire had covered the seemingly ordained truths in his own popularizations of Newton:

an object’s energy is simply the product of its mass times its velocity, or MV. If a five-pound ball is going 10 mph, it has 50 units of energy.

But du Châtelet knew there was a competing, albeit highly theoretical view proposed by Gottfried Leibniz, the great German natural philosopher and mathematician. For Leibniz, the important factor was MxV2.

Du Châtelet and her colleagues found the decisive evidence in the recent experiments of Willem ‘s Gravesande, a Dutch researcher who’d been letting weights plummet onto a soft clay floor.

Du Châtelet deepened Leibniz’s theory and then embedded the Dutch results within it. Now, finally, there was a strong justification for viewing MV2 as a fruitful definition of energy.

Du Châtelet was one of the leading interpreters of modern physics in Europe as well as a master of mathematics, linguistics, and the art of courtship. But there was one thing she couldn’t control. In April of 1749, she wrote to Voltaire, “I am pregnant and you can imagine … how much I fear for my health, even for my life … giving birth at the age of forty.” She didn’t rage at the clear incompetence of her era’s doctors; she just said to Voltaire that it was sad leaving before she was ready.

She survived the birth the next fall, but infection set in, and within a week she died. Voltaire was beside himself: “I have lost the half of myself—a soul for which mine was made.”

Energy is not enough

Energy is not the only quantity conserved by nature.  Consider Newton’s cradle: Lift one steel ball, drop it, see what happens. Lift two, see what happens, and so on.  There are many possible outcomes which could happen, in which momentum is conserved, yet which never actually happen. This behavior can only be explained by two different natural quantities being conserved: energy and momentum.

The following image is from HyperPhysics, by Carl R. Nave 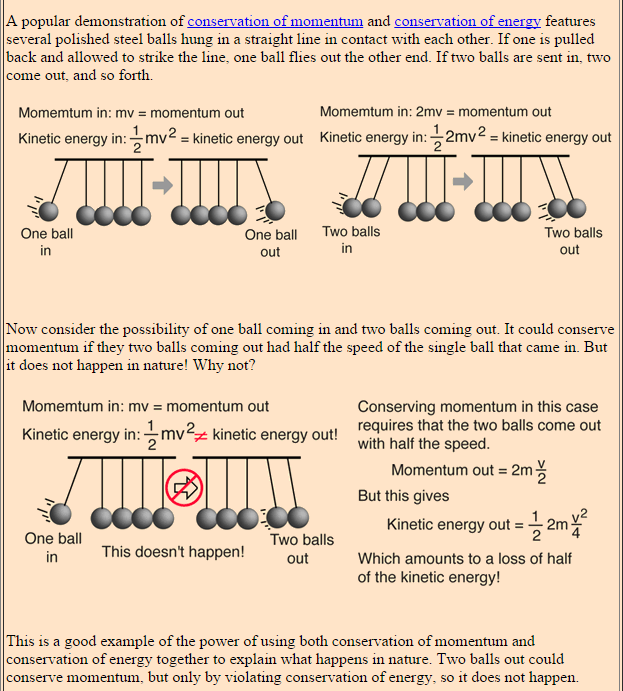 Both conservation of energy and conservation of momentum always apply, but are not always equally convenient to use. In the case of the bullet and block, heat is generated by the collision. The amount of heat may be sufficient to melt the bullet, and/or develop burn marks on the bullet hole.

In order to apply conservation of energy, the heat energy must be accounted for. That is very inconvenient. It is hard work to obtain all of the parameters needed to calculate the heat energy directly.

Conservation of momentum is an easier route to solve the problem in such an “inelastic collision”, i.e., any collision in which energy is transferred to heat. When the final state of motion is calculated by conservation of momentum, in this problem, one can add up the energies. Subtraction of the total final energy from the total initial energy will then provide you with the amount of energy lost, in a much easier way..

My prescription for first-year students: Look at the forces:
If no EXTERNAL forces – use momentum conservation.
If no NON-CONSERVATIVE forces – use energy conservation.
(By non-conservative forces I mean forces that cannot be derived from a potential).

The work-energy theorem typically used in mechanics courses does not include any heat term. “Conservation of energy” in this context should then be read “conservation of mechanical energy within the considered mechanical system”.

In your example with the log+bullet system, *mechanical* energy is not conserved, so conservation of momentum or angular momentum should be considered.

To explain this to the students, I usually throw something (not a student) into the wall creating a load bang, and explain that any impact creating noise, mechanical waves that eventually dissipate into heat removes mechanical energy from.

Is the Universe Leaking Energy? Total energy must be conserved. Every student of physics learns this fundamental law. The trouble is, it does not apply to the universe as a whole.

PS3.A and 3.B:  The total energy within a physical system is conserved. Energy transfer within and between systems can be described and predicted in terms of energy associated with the motion or configuration of particles (objects).