Being an AI doesn’t mean that the machine is necessarily alive, aware, sapient or sentient – although one could imagine that a computer could be so.

What does it mean for a something to be intelligent?

(a) It acts in a rational way. For instance, it could perceive its environment (using sensors, eyes, etc.) and take actions that maximize its chance of success at some goal.

(b) It could get information on a topic, and then develop a reasonable answer to a question.

This may sound like the machine is aware or alive- but that’s not necessary:  Much problem solving can be done intelligently with mathematical techniques, none of which require awareness.

intelligence – ability to perceives its environment, and take actions to maximize its chances of success.

sapience – the ability to think and act using knowledge, experience, understanding, common sense, and insight. The ability to act with good judgement. Also known as prudence or wisdom.

Relation to the classical virtues

Sapience (prudence) is one of the four cardinal virtues – a set of virtues recognized in the writings of Classical Antiquity  and in the Judeo-Christian tradition.

Prudence/wisdom (φρόνησις, phronēsis; Latin: prudentia):  the ability to judge between actions with regard to appropriate actions at a given time

They derive from Plato in Republic Book IV, 426-435. Cicero expanded on them, and Saint Ambrose, Augustine of Hippo, and Thomas Aquinas adapt them.

We use the term “artificial intelligence” when a machine mimics cognitive functions that we associate with other human minds, such as “learning” and “problem solving”.

However, as machines become increasingly capable, facilities once thought to require intelligence are removed from the definition.

In other words: Some AI problems have successfully been solved! They’re now common; we’re so used to them that we don’t even call them AI anymore! Examples include:

Go   围棋  playing computer programs.
Go is an abstract strategy board game.
The aim is to surround more territory than the opponent.

GPS  & navigation software that automatically plans the fastest route between two different locations. It can even offer multiple alternative routes, and change it’s mind depending on changing traffic conditions

Image recognition software – which automatically looks at all of your photographs, and often can recognize what is in the photo, and then tag these photos so you can easily search for them. For instance I uploaded ten years of photos to Google.photos.com, and now I can search for pictures of Cats, dogs, beaches, books, parties, fireworks, and more: the software can actually find most of these photos.

Personal assistants on your phone or PC, that listen to your questions, offer meaningful answers, and help you schedule your life:

Google Now:Like Siri, but available on Android phones and Chromebooks, as well as for iOS.

Watson: A technology platform that uses natural language processing and machine learning to reveal insights from large amounts of data.

Deep Genomics- combines machine learning and genome biology. This AI has some ability to predict what will happen within a cell when DNA is altered by genetic variation.

General intelligence is among the field’s long-term goals.

The field of AI was originally founded on the claim that human intelligence “can be so precisely described that a machine can be made to simulate it.”

The possibility of self-aware AI raises philosophical arguments about the nature of the mind, and the ethics of creating artificial beings endowed with human-like intelligence. Until now, these issues have been explored by myth, fiction and philosophy. Today they are being slowly explored in reality.

Attempts to create artificial intelligence has experienced many setbacks, including the ALPAC report of 1966, the abandonment of perceptrons in 1970, the Lighthill Report of 1973 and the collapse of the Lisp machine market in 1987.

In the twenty-first century AI techniques became an essential part of the technology industry, helping to solve many challenging problems in computer science.

This field of inquiry attempts to answer questions such as:

Can a machine act intelligently?

Can it solve any problem that a person would solve by thinking?

Is the human brain essentially a computer?

Can a machine have a mind, mental states, and consciousness in the same mans do?

Can a machine feel how things are?

These questions reflect the divergent interests of AI researchers, Linguists, cognitive scientists and philosophers respectively. The scientific answers to these questions depend on the definition of “intelligence” and “consciousness” and exactly which “machines” are under discussion.

Important propositions in the philosophy of AI include:

The Dartmouth proposal: “Every aspect of learning or any other feature of intelligence can be so precisely described that a machine can be made to simulate it.”

Searle’s strong AI hypothesis: “The appropriately programmed computer with the right inputs and outputs would thereby have a mind in exactly the same sense human beings have minds.”

Strong artificial intelligence: A computer-based AI that can truly reason and solve problems; it would be sentient, or self-aware.

In theory, there are two types of strong AI:

Human-like AI – the computer thinks and reasons much like a human mind.

Non-human-like AI – the computer develops a non-human sentience, and a non-human way of thinking and reasoning.

Weak artificial intelligence: An AI that can reason and solve problems, as if it were intelligent, but it would not possess true intelligence or sentience.

The only forms of AI we have today are weak AIs. See the examples listed above.

Some examples of weak artificial intelligence are: pattern recognition, image processing, neural networks, natural language processing, semi-or completely autonomous robotics, and some parts of game theory (“the study of mathematical models of conflict and cooperation between intelligent rational decision-makers.”) Many times these fields are no longer thought of as weak AI, as they have become mature fields in their own right.

See the page on possible types of minds. 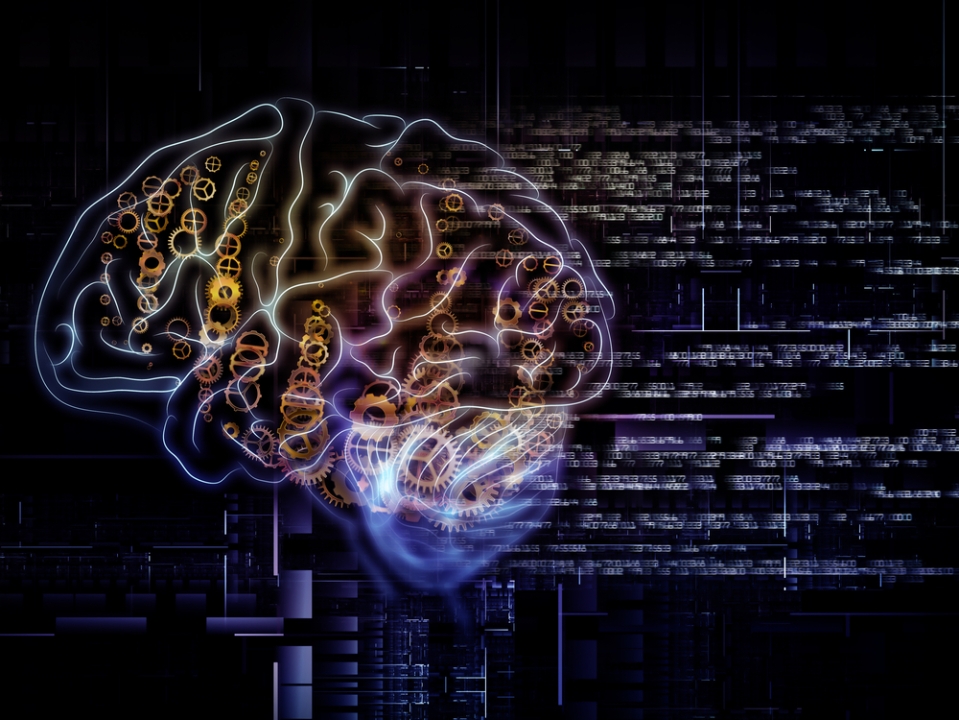 What Will It Take to Build a Virtuous AI?

The AI Revolution: The Road to Superintelligence, Tim Urban

The AI Revolution: Our Immortality or Extinction. Tim Urban

It has long been one of the most fundamental problems of philosophy, and it is now, John Searle writes, “the most important problem in the biological sciences”:
What is consciousness? Is my inner awareness of myself something separate from my body?
In what began as a series of essays in The New York Review of Books, John Searle evaluates the positions on consciousness of such well-known scientists and philosophers as:
Francis Crick, Gerald Edelman, Roger Penrose, Daniel Dennett, David Chalmers, and Israel Rosenfield.
Searle challenges claims that the mind works like a computer, and that brain functions can be reproduced by computer programs. With a sharp eye for confusion and contradiction, he points out which avenues of current research are most likely to come up with a biological examination of how conscious states are caused by the brain. Only when we understand how the brain works will we solve the mystery of consciousness, and only then will we begin to understand issues ranging from artificial intelligence to our very nature as human beings.

Tufts University cognitive scientist Dennett claims to have developed a major new theory of consciousness, yet his view of the brain as a massive parallel processor is a familiar one. What is different in his counter-intuitive theory is the claim that human consciousness, rather than being “hard-wired” into the brain’s innate machinery, is more like software “running on the brain’s parallel hardware” and is largely a product of cultural evolution. Author of Brainstorms , Dennett leads the adventurous gently through thought experiments, metaphors and diagrams in a treatise keyed to the serious, diligent reader. He presents a plausible evolutionary scenario of how consciousness could have emerged from the hominid brain.

The Society of Mind, Marvin Minsky

Marvin Minsky — one of the fathers of computer science and cofounder of the Artificial Intelligence Laboratory at MIT — gives a revolutionary answer to the age-old question: “How does the mind work?”
Minsky brilliantly portrays the mind as a “society” of tiny components that are themselves mindless. Mirroring his theory, Minsky boldly casts The Society of Mind as an intellectual puzzle whose pieces are assembled along the way. Each chapter — on a self-contained page — corresponds to a piece in the puzzle. As the pages turn, a unified theory of the mind emerges, like a mosaic. Ingenious, amusing, and easy to read, The Society of Mind is an adventure in imagination.

The human brain has some capabilities that the brains of other animals lack. It is to these distinctive capabilities that our species owes its dominant position. Other animals have stronger muscles or sharper claws, but we have cleverer brains. If machine brains one day come to surpass human brains in general intelligence, then this new superintelligence could become very powerful. As the fate of the gorillas now depends more on us humans than on the gorillas themselves, so the fate of our species then would come to depend on the actions of the machine superintelligence. But we have one advantage: we get to make the first move. Will it be possible to construct a seed AI or otherwise to engineer initial conditions so as to make an intelligence explosion survivable? How could one achieve a controlled detonation? To get closer to an answer to this question, we must make our way through a fascinating landscape of topics and considerations. Read the book and learn about oracles, genies, singletons; about boxing methods, tripwires, and mind crime; about humanity’s cosmic endowment and differential technological development; indirect normativity, instrumental convergence, whole brain emulation and technology couplings; Malthusian economics and dystopian evolution; artificial intelligence, and biological cognitive enhancement, and collective intelligence.